Face Lift: As we age, our skin tends to lose its elasticity and our facial muscles tend to slacken and appear to droop. There are many reasons for this, the toil of daily life, effects of aging in general, and particular sun damage impacts on skin quality. Over time facial lines deepen, the corners of the mouth droop, the jawline loses definition and the skin of the neck becomes looser.

A facelift works better for the lower half of the face and particularly the jawline and neck area. In some cases, a combination of treatments along with the facelift itself, such as chemical peel or laser resurfacing, will deliver the best results. Also if there are specific concerns in the upper area of the face, then a combination of procedures such as a brow lift or eyelid surgery in conjunction with a facelift can be carried out as a single procedure.

Eyelid Surgery: This surgery is known as a “Blepharoplasty” or “Blephs” for short. The surgery can be done to the top set of the lid; the bottom set; or to both during a single procedure. The surgery most commonly can address “hooded upper lids”, or “eye bags” on the lower lids, however, there are many other conditions that can be addressed with this type of surgery. The procedure is relatively short in duration, sometimes as little as 30 minutes depending on what is required. The surgery may also be done under local anaesthetic; local with sedation; or general anaesthetic, depending on the size of the operation and the patient’s choice. At your consultation, your surgeon will advise on the best course of action for you.

Forehead / Brow Lift: A forehead lift, which is more commonly known as a “Brow Lift”. There are two methods by which this can be done either open or endoscopically which is the preferred and most common method. In this case, several small incisions are made just behind the hairline which is much less invasive than the larger incision required for an open brow lift. This procedure allows the surgeon to reduce the transverse frown lines of the forehead and vertical glabella frown lines between the inner end of the eyebrows.

Forehead and Browlift start from £8,900.

Ear Correction Surgery: Around 2% of the population in the UK today consider their ears to be either too prominent or misshapen. A procedure is known as Pinnaplasty or Otoplasty can be performed to adjust the shape of the cartilage within the ear to create the missing crease in the skin which then allows the ear to lie closer to the side of the head.

An incision is made behind the ears, leaving a small and barely noticeable scar in the skin fold between the ear and the head. The procedure can be carried out under local anaesthetic, but in some cases, the patient may prefer a general anaesthetic

Another increasing area of activity is the repair and/or reshaping of earlobes that have been damaged through the wearing of standard earrings or the insertion of tribal inserts. In most cases, these are relatively simple small procedures that can be done as a “see and treat”, i.e. at the consultation the surgeon may fix the problem in the treatment room under local anaesthetic.

Nose Surgery (Rhinoplasty): This procedure is commonly referred to as a “Nose Job”. This surgery is one of the most common procedures carried out in the UK. The nose is the central feature of the face, many people are self-conscious of shape which they may regard as too big, too small, or have some other feature that they dislike. The characteristics of the nose are inherited from parents and develop during adolescent years. It continues until the age of 16 when the nose stops growing. It is, therefore, unwise to operate before this age.

The shape of the tip, the bridge, and also the nostrils can be modified by the surgery as can the angle between the nose and the upper lip. In some cases, the procedure may be carried out for medical reasons to correct breathing difficulties.

Fat Injections: This procedure is sometimes referred to as “fat transfer”, as during the procedure the patient’s own body fat is used to plump up sunken areas of the face or to add volume where desired to treat facial lines. The fat transfer process has three discrete stages. The first involves the gentle liposuction of some excess fat (such as that found in the jowls, abdomen, thighs, or buttocks). The second involves the “spinning down” of the fat cells to liquefy and purify the fat cells for re-injection. The final stage involves the injection of the fat cells into the targeted facial areas. In many cases, this procedure is used as a supplementary procedure to some of the other facial procedures mentioned above. The small but subtle enhancements achieved by fat transfer help optimise the overall results of these procedures. 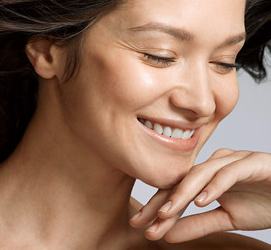 Finance Available! Packages from 12 up to 60 months...Find out more

9.6/10Our average score in Customer SatisfactionFind out more